Mulberry silk is a continuous long fiber that is coagulated by secreting silk liquid when the cocoon is formed. Like wool, it is one of the earliest animal fibers used by humans. According to the different food of silkworm, it is divided into silkworm, tussah silkworm, cassava silkworm, camphor silkworm, willow silkworm and sky silkworm.

The silk sliver drawn from a single silkworm cocoon is called cocoon silk, which is made of two single fibers bonded and covered with sericin. The cocoon filaments of several cocoons are drawn out and wrapped by sericin. There are mulberry silk (also called raw silk) and tussah silk, which are collectively called silk. The silk from which the sericin is removed is called refined silk. Using them as raw materials, they can be processed into various types of fabrics using looms. The variation range of cocoon silk length and diameter of mulberry and tussah silkworm (contains two silk fibroin fibers) is shown in the following table:

The density of sericin is greater than silk fibroin

Among natural fibers, the density of mulberry silk is close to wool, and smaller than cotton and hemp fibers; compared with chemical fibers, its density is lower than polyester and viscose, but larger than nylon, acrylic, and polypropylene fibers. 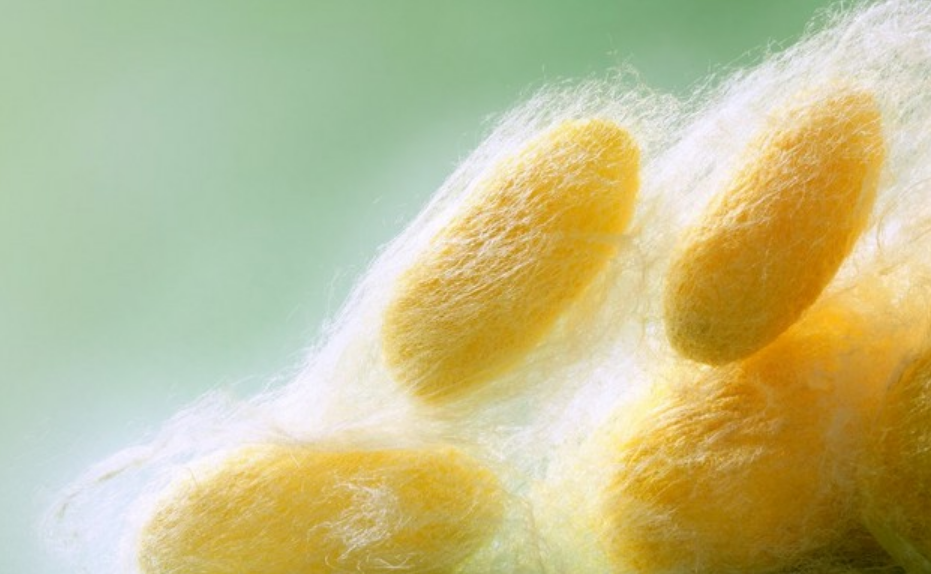 Under the standard conditions of a temperature of 20°C and a relative humidity of 65%, the moisture regain of mulberry silk is about 11%, and its moisture absorption is lower than that of natural fibers and higher than that of cotton fibers. 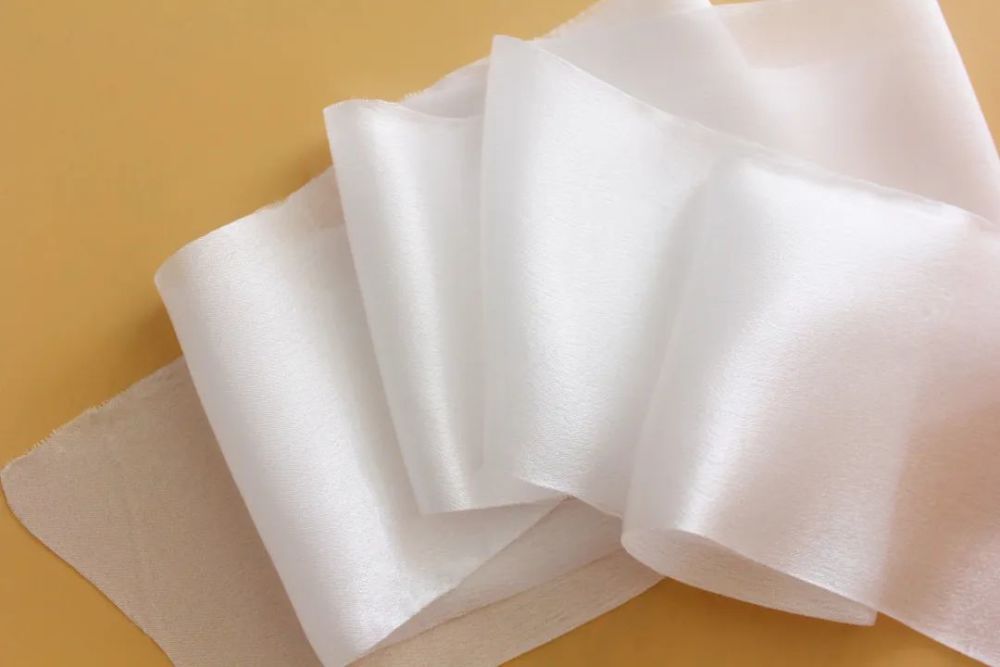 The color of raw silk refers to the color and luster of raw silk. The color of silk varies with different raw cocoons, the most common of which are white and light yellow 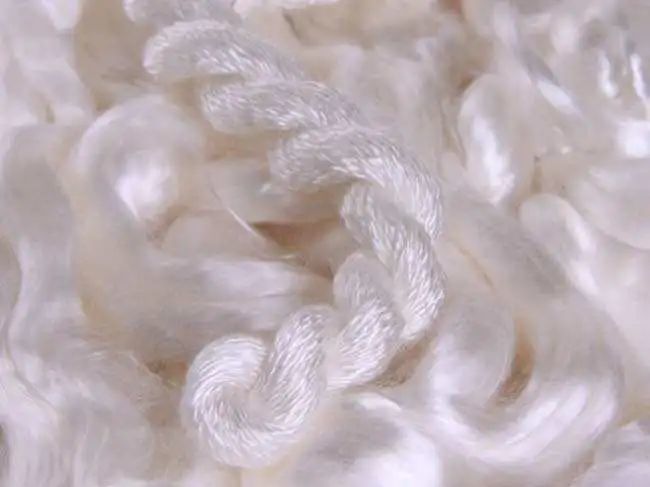 The color of raw silk reflects its inherent quality to a large extent. For example, the white silk body of the general spring cocoon silk indicates that the silk body is soft, the surface is clean, the amount of glue is small, the strength and the abrasion resistance are poor; while the autumn cocoon silk The silk body is slightly yellow and has a soft luster, indicating that the amount of glue is large, and the strength and abrasion resistance are better. After being refined, raw silk has a unique luster of softness and elegance that other fibers cannot match.

Cohesion is one of the important qualities of raw silk

Raw silk is made by reeling and combining several cocoons of cocoon silk. Due to the glue effect of sericin, the cocoon silk is not easy to disperse even after friction. This is the cohesive force of raw silk.

If the cohesive force of raw silk is not good, the thread will not stick firmly, have many cracks, have poor strength, and is not abrasion resistant. During the preparation and manufacturing process, it is easy to cut, float, hook and entangle. Therefore, cohesion is an important quality of raw silk. one. The cohesiveness of raw silk refers to the performance of this thread to resist friction without splitting. The sericin component is the main reason for the cohesion of raw silk.